The Bible: The Incomparable Book 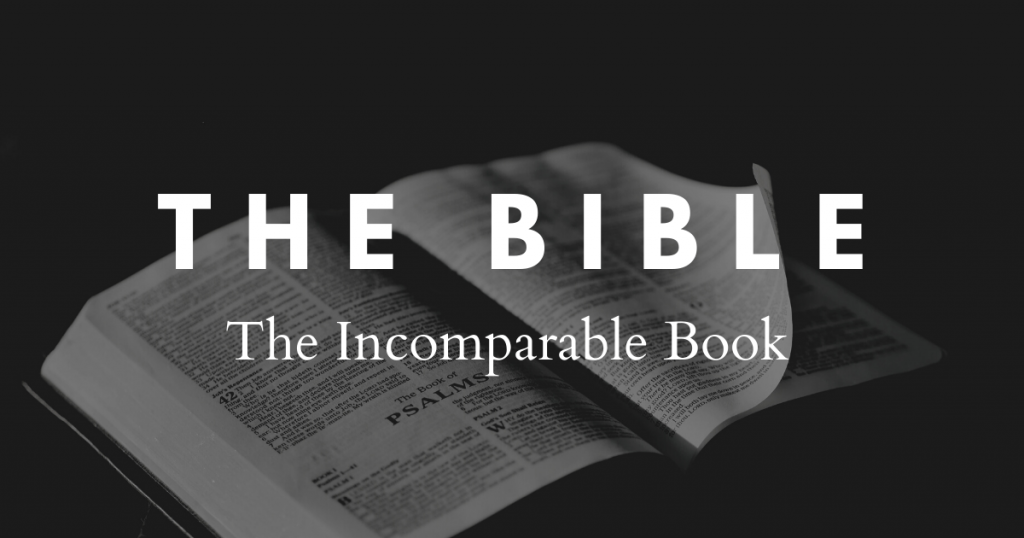 The Bible is an incomparable, admirable book! It holds the world record of being the best seller of all time. It has never been deleted from the Guinness Book of Records. The New Britannica Encyclopedia describes it as the most influential book in human history. If you have never seriously read this book, you are missing out on something very special in your life!

Both Christians and unbelievers agree that the Bible has many astonishing features. This ancient book has been translated into about 2000 languages. Throughout history, its very existence has often come under threat. Yet, it is still circulated as the most widely distributed piece of literature, which no other book can parallel. If not preserved by the power of God, it might have been destroyed like the books burnt by China’s first Emperor, Qin ShiHuang. More incredible is the bible’s wonderful influence on individuals and society at large.

Because of God’s words, many people’s lives are changed. They now help others selflessly. God’s words have transformed even the most violent people, from corruption to honesty. God’s words also comfort many downtrodden souls, lifting them up and making them strong. Throughout history, we can see that the more people – whether individuals, families or even nations – obey God’s words, the more blessed and joyous their lives will be. No wonder America’s 16th president, Abraham Lincoln, who was known worldwide for the emancipation of black slaves, said: “If there were no Bible, we would not be able to distinguish right from wrong. I am convinced that the Bible is God’s most valuable gift to man.”

The Bible is God’s word

The Bible makes numerous proclamations of it being God’s words to us, amounting to 2700 times in the scriptures. This is extraordinary because even the slightest error in the prophecies, history or science would cause the Christian faith to shatter for how could the all-wise and almighty God has any errors in His words! Problems exist only when we misinterpret the Bible or draw conclusions before examining it carefully. If you have a humble and truthful heart to seek for the true God, you will surely see the wonders of the Bible, and be deeply impressed.

Accurate Prophecies of the Bible

Humans on their own can never know precisely what will happen in the future. However, the Bible clearly foretells the future and none of its prophecies have been nullified. Among them is one which is recognized as the greatest miracle of the century, the restoration of Israel. The country was re-established on 14th May 1948 in its original lands, accurately fulfilling the Bible’s prophecy. This has silenced the Bible critics and has also tolled the death knell of the last days. The world’s current situation is heading towards what has been told in the Bible. Faced with the accurate fulfillment of the Bible prophecies, we can but admit that the Bible is indeed the words of God. Only the true God is able to foreknow the future. 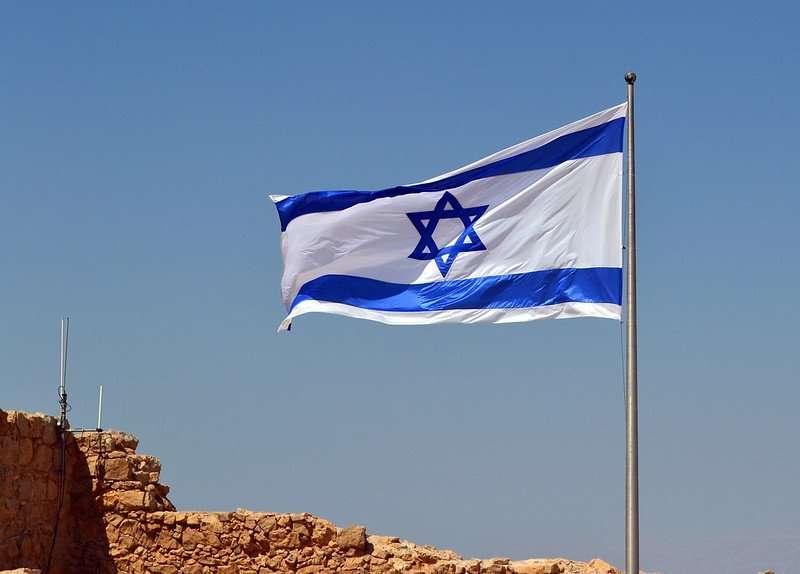 Archaeological Discoveries Testify to the Truthfulness of the Bible

Archaeological discoveries in recent centuries confirmed the historical events mentioned in the Bible. The truthfulness of the Bible is without dispute. The Noah’s Ark, the destruction of the Dead Sea cities (Sodom and Gomorrah), and the fall of Jericho walls and many other events are confirmed by archaeological findings. Once thought of by some as fairy tales, the words of God about these events are attested to be reliable and true. 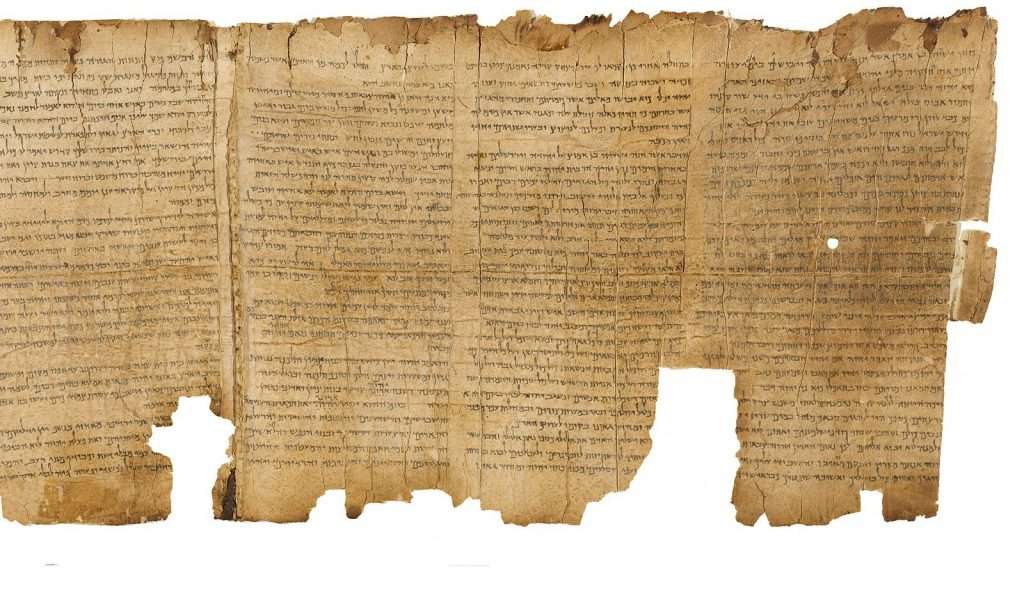 ©Image from Wikimedia Commons
Part of the Dead Sea Scrolls

The Dead Sea Scrolls are known to be the last century’s most important archaeological discovery. These ancient scrolls if the Bible were discovered between 1947 and 1956 near a cave by the Dead Sea. This great discovery gives us more assurance that the present Bible content confirms its original text transcribed about 3000 years ago. The credibility of the Bible’s prophecies is thus greatly enhanced. 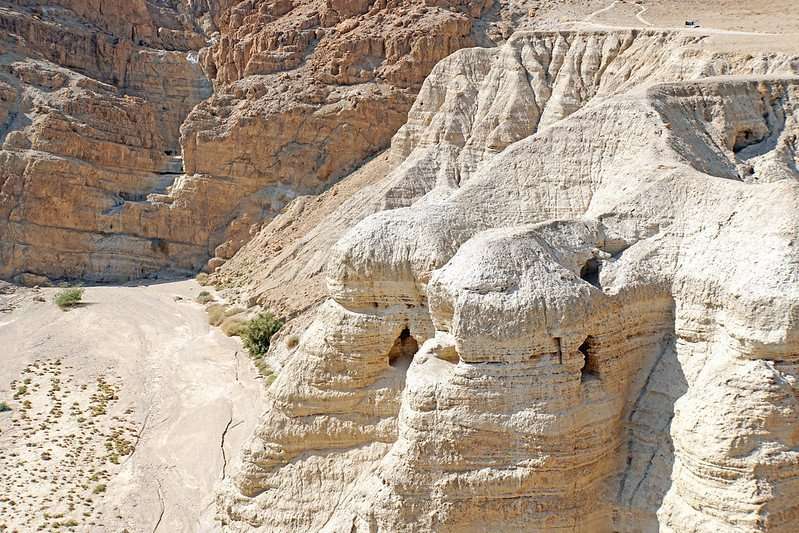 Science Depicted in the Bible

Though the Bible is not primarily a book of science, God – the creator of all things, discloses His wisdom in creation through it, including some laws of nature. Let us now look at the Biblical depiction of science and see how the Bible is consistent with pure science.

In 600 BC, about 2600 years ago, the Bible has already mentioned that the earth is Round.

“It is he who sits above the circle of the earth…” (Is. 40:22 ESV)
The original text of “circle” is “khoog”, meaning any round object with a surface of equal distance of the center at all points e.g. globe, ball.

Referring to the above example, we can see how accurate and scientific the words of the Bible are. People at that time could not have known that the Earth is round. People all along had thought the Earth was flat and there was even a group called the “International Flat Earth Society”. However, the words of the Bible can certainly stand testing. It was not until Christopher Columbus’ discovery of the New World and Magellan’s voyage around the world that people began to realize that the world is round, as later proved by Galileo. 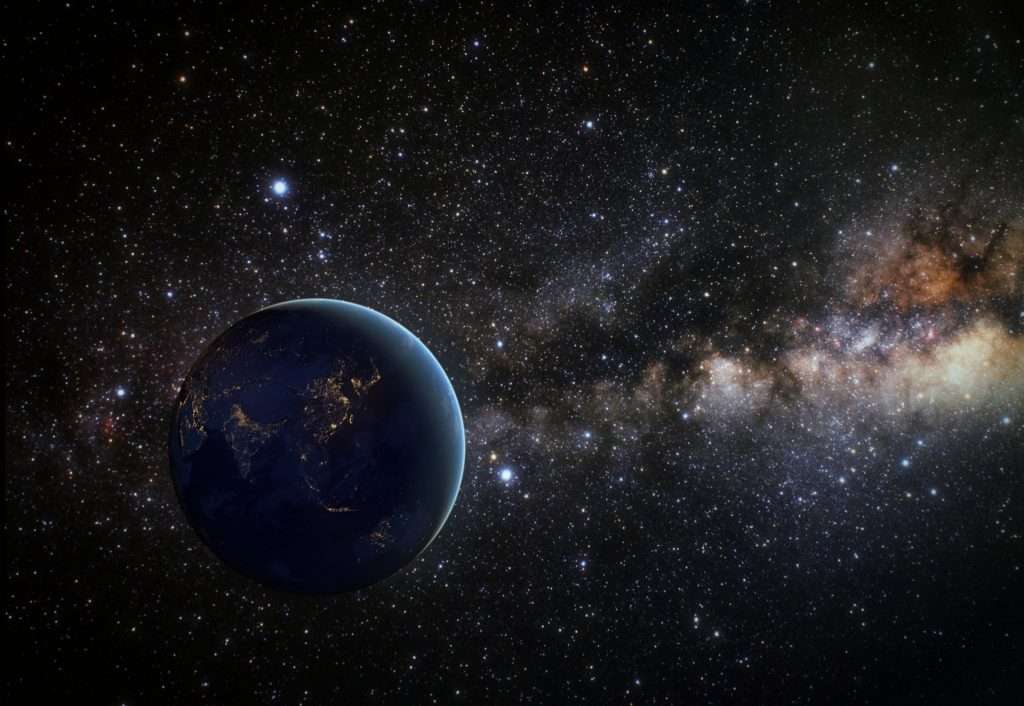 “He stretches out the north over the void and hangs the earth on nothing.” (Job 26:7 ESV)
This statement is striking! In the past, no one could ever have thought of the earth as being suspended in the universe by itself with nothing holding it! Some even believed that the world was supported by four elephants that were standing on a turtle! From Isaac Newton’s discovery of gravitational forces till the time mankind first stepped on the moon, we are stunned by the accuracy of God’s words which were spoken over 3000 years ago. 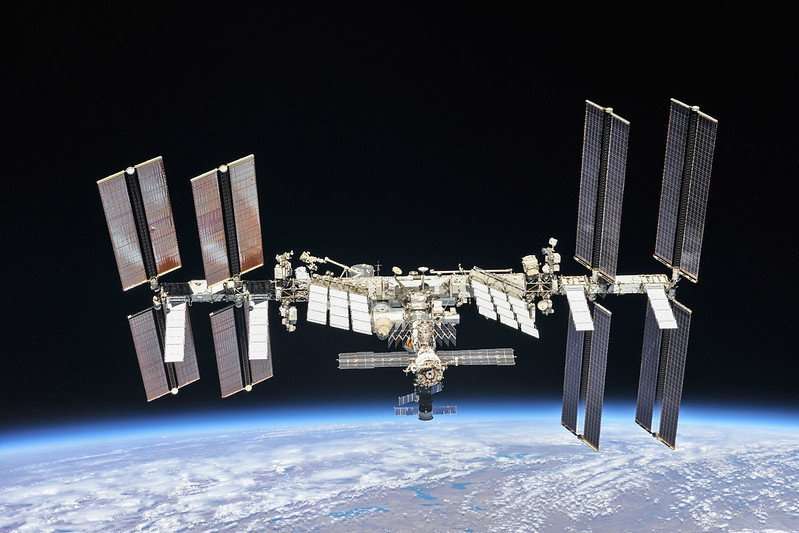 Furthermore, Job 28:25 reads: “When he gave to the wind its weight…,”
In the 16th century, Galileo, an Italian scientist, gave evidence of the weight of air.

About 5000 years ago, God asked Job one question as to show him the smallness of man and the greatness of God. Also, God wanted Job to know that the wondrous nature he saw could not have been made with hands. God asked him:

“Can you bind the chains of Pleiades…?” (Job 38:31)
Who had known that the Pleiades are a group of stars? According to the estimate of the astronomy encyclopedia, Pleiades are made up of at least 500 stars grouped together like a chain. It was not until the discovery of a photo-sensitive plate that scientists realized that the Pleiades is indeed a chain of stars. But that had long been revealed in the Bible.

“All streams run to the sea, but the sea is not full; to the place where the streams flow, there they flow again.” (Ecc. 1:7)
About 3000 years ago in the book of Ecclesiastes, Solomon mentioned the “water cycle”, which is completely identical to what is propounded nowadays. Actually the theory of water cycle was only recognized and accepted in the 17th century through the investigation and observation of the flow of the River Seine in France by Pierre Perrault and Madame Mariotte. Solomon was not a scientist, but God inspired him to write down such accurate words. 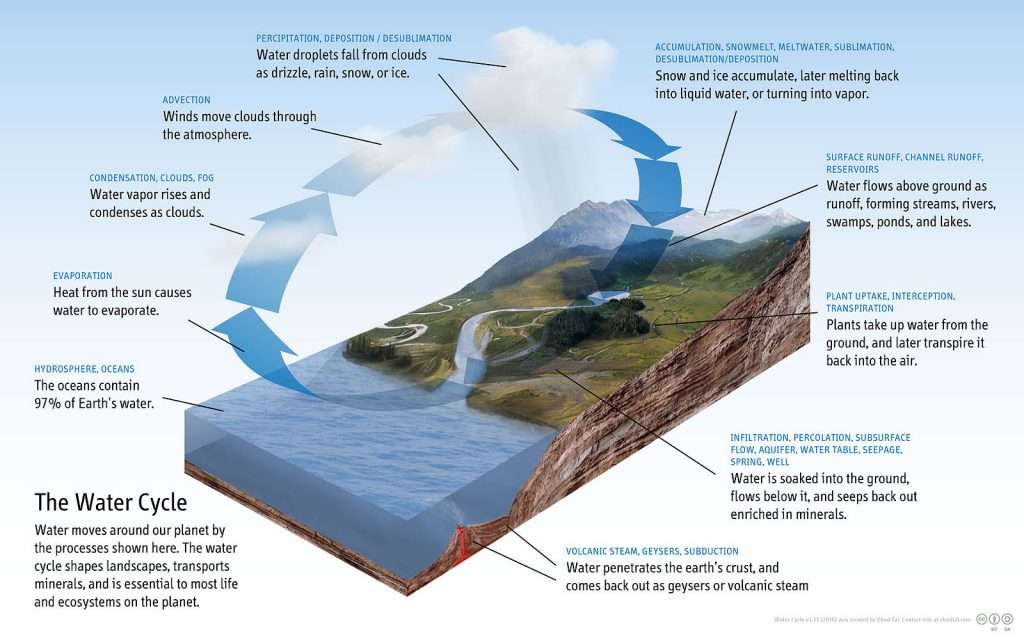 Mentioned above are only part of the Bible’s writings on science. It also refers to history, astrology, meteorology, biology, physics, chemistry, genetics etc. Until today, there is still not a single person who is able to use any discipline of knowledge to refute the Bible. On the contrary, new discoveries of pure science have again and again proved that the bible is infallible. Its wonderful and accurate words allow a truth-seeker to be clear and certain that the Bible is God’s word.

The Bible is God’s Love Letter to Man

Thank God that He gives us His precious words. From this, we know how He longs that we know Him. The Bible is actually God’s “love letter” to us, showing His deep love and true affection for us. Between the lines we can understand God’s heart – His desire for us to have the deepest relationship with Him, enjoying all His goodness and glory.

Nevertheless, we sinned, denying our conscience and becoming corrupted. However, the all-loving God would rather bear the bitterest agony Himself in order to set us free from sins. Therefore in history there appeared a Savior sent by God – Jesus Christ. For us to return to God’s bosom, He was willing to bear the sins for all, enduring the heavy cross for you and me. His hands and feet were pierced; His blood reddened the ground under the cross. How will you respond to such an unconditional sacrifice?

Dear friend, the salvation is finished! Are you willing to accept this Savior who died and was resurrected for you? He is waiting for your return. Dear friend, pray to Him and, from now on, forsake your sins and live a meaningful, joyous and triumphant life!

We would be very happy to share with you in greater detail the salvation grace of the Lord Jesus. Please contact us.